A Note on Professional Conduct in Burlesque and Cabaret (or, why attacks on critics are an embarrassment to our art form)

I realise we’ve already had quite a tempestuous weekend in the burlesque universe, but I arrived home today to yet another attack on a burlesque and cabaret critic because the performer and their friends didn’t like what they said. One word in particular, as it turns out. A professionally written expression of one person’s informed opinion has been met with remarks like this:

“The cunt brigade is out again.”  “What a fucktard.”  “Fucking twat.”  “Jealous dickhead.” “Uneducated prick.”

Not to mention this delightful response from the performer concerned:

When I’m not documenting burlesque, I write as an opera critic, and as an opera critic I never encounter this. I’ve gone after the Katie Mitchells and misguided set designers. I have critiqued upcoming talent like Samuel Sakker, all the way up to megastars like Bryn Terfel and Placido Domingo. I have praised, and I have criticised, with brutal honesty and vivid language.  Not once have I ever received complaint or abuse from a singer, conductor, set designer, director, opera house, or any of their press representatives. Why?  BECAUSE THEY ARE TOO BUSY DOING THEIR JOB.  Because they are professional, composed, and trained to deal with criticism. They’ve been dealing with it all their lives.

And so have I, for that matter – as a child, a woman, a performer, a writer, a critic, a teacher – you name it. Haven’t we all? But after years of bullying, torment, nitpicking, peer pressure, nos, not enoughs, dismissals and rejections, I decided to discard my ingrained victim mentality and get on with business. I graciously accept and use what is intelligent and useful, and couldn’t give two fucks about the rest.

Except right now. Because I think we need to ask ourselves whether the comments and attitudes highlighted in this post – just one incident out of an increasing number – are stunting and shaming our community and our industry. Are they holding back and tarring those who want to be valued, heard and hired?  Surely we want to be respected as professional, dedicated artists who can shoulder critique, acknowledge and accept its presence and value, and get on with our job.

“If you put on a show, and sell tickets to that show, and set out promises and expectations on your show poster or press release, expect to be evaluated by those invited to observe. Expect to be examined.”

As an unbiased, objective critic who has dedicated a decade to this scene, do I deserve messages like these?

“I’ll fucking end you if you come to my show again.”

“Stupid whore. What the fuck do you know?”

“Someone should sort you out you vicious bitch.”

“Let’s hunt her down and beat her.”

If I took too much notice of such comments I would never get anything done, and nor would any other critic.  And I’m taking just as much of a risk in articulating and publishing my views as I do when I get on stage. My published work is eternally online and evaluated in its turn. But despite comments like the above, and juvenile gestures and comments in public on occasion, I continue to do it. I put love and craft and experience into everything I write, just like my fellow cabaret critics who don’t see a dime for what they do.

“Burlesque and cabaret writers and documenters are your friends. Believe me. We are the ones who care about what you are doing. We want to see the scenes we’ve dedicated our lives to thrive and succeed.”

If you put on a show, and sell tickets to that show, and set out promises and expectations on your show poster or press release, expect to be evaluated by those invited to observe. Expect to be examined. It is an everyday part of a professional’s life in any sector.  Do you call your boss a “fucking bitch who’s being mean” during your appraisal?  Do you swear at your doctor if they raise an inconvenient concern about your health?  Your burlesque teacher?  You wouldn’t dream of it, I expect. So why are critics fair game? Why are they any less human or worthy of grace and respect?

Burlesque and cabaret writers and documenters are your friends. Believe me. We are the ones who care about what you are doing. We want to see the scenes we’ve dedicated our lives to thrive and succeed. And in order to succeed, we as a professional community need to evaluate, question and grow.

As for the review that I’ve highlighted in this article, I can say with absolute confidence that Mia Boum Boum is a highly experienced and professional reviewer, and a highly trained and experienced performer. In her review of Aurora’s show she has included a number of positive comments and remarked on what she sees as weaker elements honestly and with explanation. All her praise has been completely ignored, and a single comment willfully misinterpreted 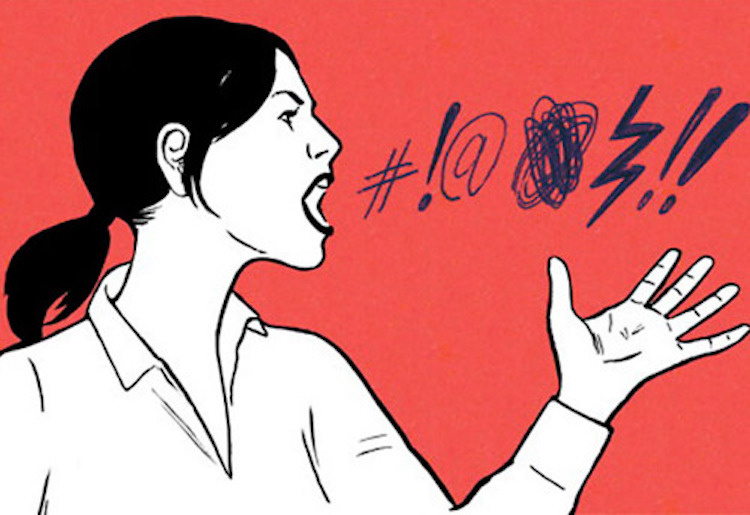 Composing your thoughts and publishing them is skilled work with significant pressure attached, and it takes as much sand as standing up on stage. I know – I’ve done both. I’ve received abuse and threats of violence after publishing reviews, and I’ve seen gifted and dedicated writers witch hunted and vilified for doing their job, and it’s utterly unacceptable. Do we really want to drive the small pocket of people promoting our scene away, and discourage new writers?

If you get a bad review, or even a mixed review, I urge you to breathe, resist contacting others, and do one of two things.  Close your browser and get on with business, or really, really read it. Do they have a point? Have they highlighted something you hadn’t even considered?  Instead of saying, “they don’t understand my art!!” consider that your intended message may not be translating clearly. You could do what some performers do after my reviews and send the reviewer a message. Ask them to expand or explain further. Discuss what didn’t work for them. Then use it to polish your craft.

Because if you think you’re above critique, if you can’t accept critique and either lose it or use it with dignity and professionalism… this is probably the wrong job for you.

Burlesque news, views and updates right in your inbox.

Sign up here for occasional, relevant updates. No spammy s*.

Race and Burlesque: The curious case of the performer of colour.