It was so popular in 2015, we’ve brought it back! The 2017 edition of Miss Exotic World Match Game continues, where the ten contenders battling it out for Reigning Queen of Burlesque next week at the Burlesque Hall of Fame Weekend fill in the blanks as hilariously as possible and tell us what we can expect from them in the upcoming competition. Next up is Alyssa Kitt! 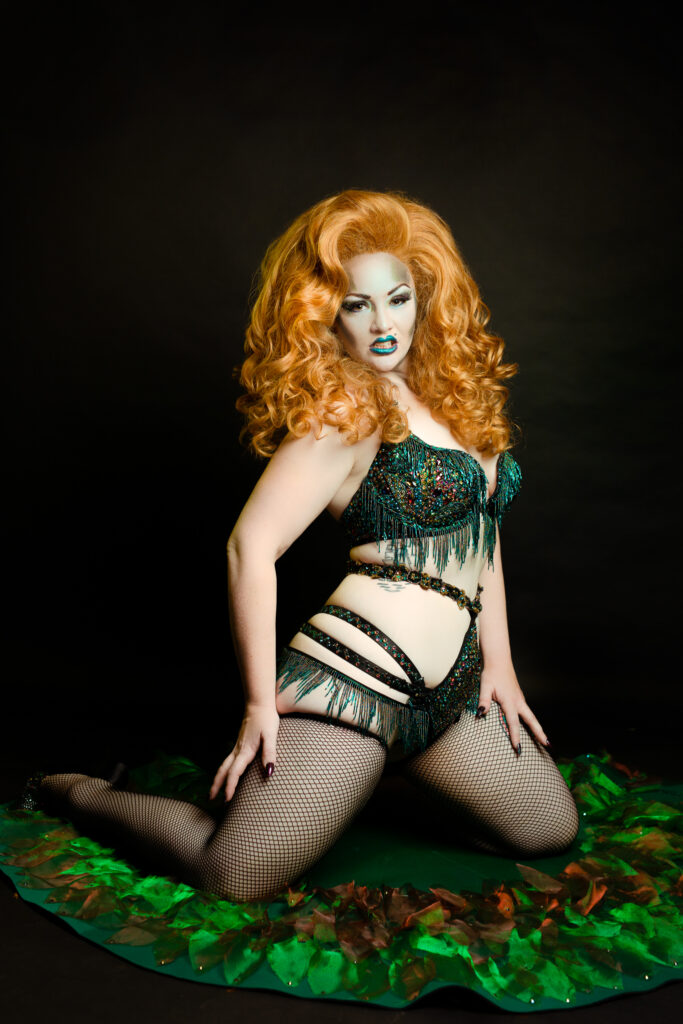 1. Students flocked eagerly to attend Imogen Kelly’s‘s controversial new BurlyCon Class: How To How to legalize striptease, then stage-fuck a cake.

2. Julie Atlas Muz is a woman of many talents. Just yesterday I saw her pull a riveting, thought provoking and politically relevant performance art strip out of the area of her brain dedicated to critical thought!

3. Dirty Martini is such an icon, many attempts were made to imitate her provocative and outrageous style at the 2017 Met Gala, however none managed to capture her luster. Next year Dirty will appear as a special guest at the Met Gala… dressed as herself.

4. Burlesque stars are so desperate to get their hands on a Catherine D’Lish robe, they’ll even settle on wearing the same colour as another burlesque star, however, many arguments will be had over who wore that colour first.

5. Mr Gorgeous is SO gorgeous, even the dazzling sparkle in his eye comes with a health warning. (Warning: dazzling eye sparkle curtesy of an E6000 overload from his upcoming burlesque hall rhinestoning fest.

6. Determined to cement his reputation for show-stopping extravagance, Jett Adore opened his magnificent cape to reveal a fully rhinestoned Chicago Philharmonic orchestra conducted by none other than his fully rhinestoned errr… baton.

7. When asked how she maintains such a luscious, iconic ass, Michelle L’amour replied, “Oh it’s a breeze. I just massage two gallons of coconut oil into my cheeks every night! Organic and fair trade of course!”

9. Bazuka Joe does not like to be disturbed when he is plotting how best to be simultaneously devilishly handsome, and devastatingly adorable backstage. (Also when napping backstage – I remember our Show Me Burlesque Festival pre-show nap!)

10.There was surprise and amusement when BHoF announced a new title up for grabs at this year’s Tournament of Tease: Best Granny-chaser.

And finally: This year at BHoF, Alyssa Kitt is going to kick some serious ass while wearing some down right close to illegally minimal dresses and make you feel proud to be intelligent, sexy and dirty-minded.

Alyssa Kitt will compete for Miss Exotic World, Reigning Queen of Burlesque 2017 at the Burlesque Hall of Fame Weekend Tournament of Tease on Saturday 3rd June in The Orleans Showroom, Las Vegas.