Now in its fourth spectacular year, London Wonderground 2015 invites you to eat, drink and be merry in its festive fairground on London’s South Bank and enjoy evenings of entertainment inside the twinkling 1920s Spiegeltent. Once again there is a generous helping of burlesque to enjoy, as well as other top drawer variety acts. Here are some of the shows to look out for this year. See you there! 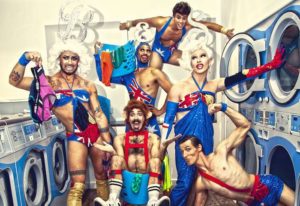 You can also join the boys for Club BRIEFS, a late night romp of music, performance and mayhem – all inside London Wonderground’s stunning Spiegeltent. 15th Aug – 26th Sep 2015, 10.30pm. 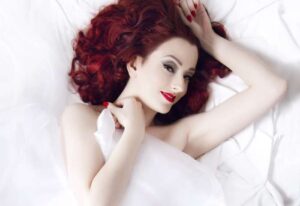 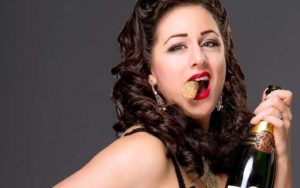 House of Burlesque: Straight Up

“How do you like your Burlesque – sweet, dirty or perfect?” 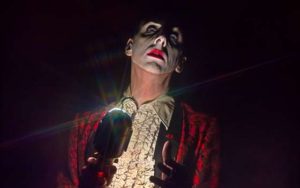 Benjamin Louche introduces the “underground cult cabaret phenomenon; a dark and troubling cabaret dream from another place, taking inspiration directly or indirectly from David Lynch’s air of mystery and nightmare, all served with humour”.

Enjoy an evening of Lynchian cabaret and burlesque, full of “mystery and nightmares from the deepest river of your dreams”. 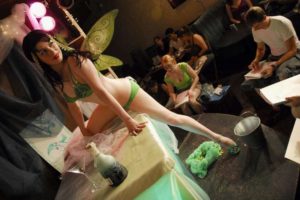 Dr. Sketchy’s is the world’s premier alternative drawing movement. Started by artist Molly Crabapple in New York. Dr. Sketchy now attracts audiences in over a hundred cities across the globe (including New York, London, Paris, Tokyo and Melbourne) it’s the little Brooklyn event that has exploded into an international phenomenon. They have scoured the great city of London to find “beautiful burlesque performers, bizarre circus acts, and rippling hunks of man-flesh” and will let them loose on stage for you to sketch “in an atmosphere of artistic mayhem”. In between each round of sketching you get a chance to grab a drink get comfortable and take in some of the finest cabaret the big smoke has to offer. Hosted by Dr. Sketchy’s evil headmaster Dusty Limits. 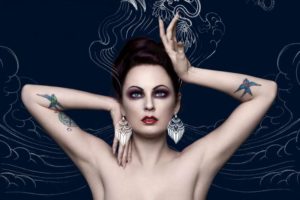 A brand new show from “London’s finest purveyors of cabaret noir, starring troubled soprano Lili La Scala as an unsleeping queen of the night who must guide guests on a trip to her shadowy dream world”. Expect to meet showgirl sirens, shady troubador tricksters, alluring acrobats and many other glorious late night eccentrics, “as operatic bravura meets circus high skills in this theatrical feast for the senses”. 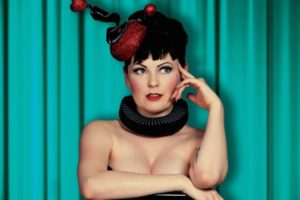 If you are a Lili La Scala fan, here is another opportunity to enjoy her and a star-studded lineup of entertainers. Following sell-out runs at London Wonderground 2014 and Edinburgh Festival Fringe 2014, this year promises “bigger names, bigger songs and even higher heels”. Featuring  The Boy with Tape on His Face, Mat Ricardo, Jair Ramirez, Michael Standen and burlesque from Kitty Bang Bang. 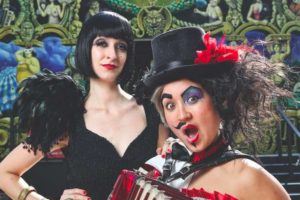 “Step inside, get a shot of something strong and grab a seat for the darkest, dirtiest, most dangerously funny show to hit the Southbank!”

Fresh from seducing audiences the world over with their riotous and risqué shows, cult comedy duo and infamous deviants EastEnd Cabaret are taking over the Wonderground with a show that exposes it ALL. Bringing together a “secret, star-studded lineup of the hottest, weirdest, most hilarious comedy and variety acts in London”, this is “unpredictable, unbelievable, audience-licking, award-winning, gin-soaked entertainment like never before”. 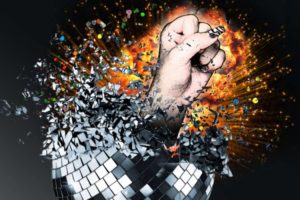 “THERE’S A FIRE IN THE DISCO. And we started it. Cabariot is more than a show; it’s a movement. A night of passionate polemic. A burn book for Generation Y. Disorder, dissent and drinking. Angry, but funny, and a bit sexy. Held together by Frisky & Mannish. It’ll be a riot. A CABARIOT.” 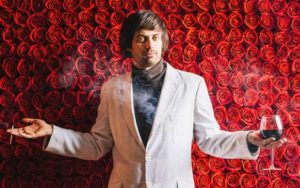 The “flâneur, raconteur and bon-viveur” presents the cream of alternative international cabaret acts, along with bawdy chansons and world-class sex poetry from Monsieur Lucont himself, as seen on Set List (Sky Atlantic), John Bishop’s Christmas Show (BBC1), Live At The Electric (BBC3) and Russell Howard’s Good News (BBC3). The cult hit from festivals worldwide returns to London for 2 nights only, featuring a different lineup each night, hand-picked by Marcel from the world of comedy, cabaret, magic, circus and music. 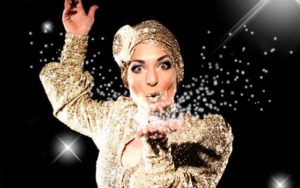 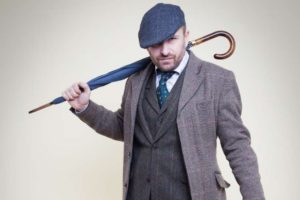 The Gentleman Juggler, “leading speciality act of the British cabaret revival” and friend to the London burlesque scene presents “big laughs, serious skills, slapstick, and breathtaking spectacle”. See “genuine danger, dexterous elegance, and thrills” performed by “a man at the top of his game”. 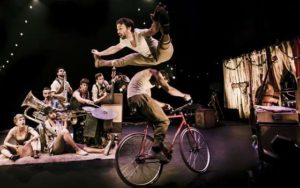 “Following the hugely successful London runs of Limbo and Cantina, Scotch & Soda is the brand new circus extravaganza set to take the famous Spiegeltent by storm this summer.”

“A spectacular clash of spellbinding misfits, Scotch & Soda is a guaranteed whiskey soaked evening of breathtaking feats, blinding charm and beatnik soul. Join their players, some of the finest circus artists and music makers in the world, as they create a heady mixer of risk-taking circus skill and rip-roaring humour, with a chaser of never seen before flair and originality!” 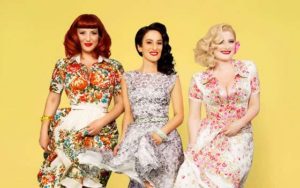 “When you start out retro, you don’t expect to become true originals – but that’s the position The Puppini Sisters (Marcella Puppini, Kate Mullins and Emma Smith) are delighted to find themselves in. In the ten years since they began, it’s extraordinary how many others have followed their trailblazing lead, whether it’s the gorgeous close harmony singing style, the swing-style re-workings of modern pop songs, or their impeccable retro-futuristic fashion sense.

With four albums under their waist-cinching belts and a fifth one under way, the Puppini Sisters are now regarded as the world’s leading close-harmony group, and count Prince Charles, The Manhattan Transfer and Michael Bublé amongst their fans.”

London Burlesque is Getting Even Sexier and Here’s Why