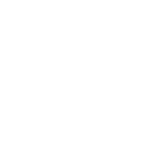 2013 started with a bang because I got to be one of the featured performers and teachers at the very first Minneapolis Burlesque Festival, which took place on January 31st – February 3rd at the Ritz Theatre. Now, I realise I’m a little delayed in detailing out the glittery details of the first big festival of my year, but I figure it’s never too late to share the love. The festival was created by the ever-gorgeous Gina Louise, the brains and brass behind the original Best of Midwest Festival. Gina produced the festival along with the fiery and beautiful Ophelia Flame.

I can’t say no to those two dames, so when they invited me to participate in the festival, I packed my warmest pasties and headed North.  Minneapolis isn’t typically where people like to spend winter, but it’s impossible to be cold when you’re surrounded by so many warm, talented performers.

As if that wasn’t enough, the weekend was extra special because it was my birthday, because I got to have a photo shoot with the incredible Emma Freeman, and because I was hosted by Elektra Cute, Nikki Knickers, AJ the Bodyguard and Curtis. (Yes, Diary, there were four lovelies making sure all ran smoothly!) Before I get too carried away with the mush, let’s dive into the daily details…

I arrived just in time for the first show of the festival. All of us were allowed to watch the show from the green room of the theatre, which was decked out for our Hot Dish after party. It was like a carnival canoodled with a traditional Minnesotan potluck.

I loved watching Gina Louise and Jonny Porkpie host the show while surrounded by flags and crockpots. It gave us all a chance to enjoy the show together and I got to talk with people who are absolute delights, like Brad French, Kellita and Lola Martinet. And I got to meet the weekend’s legendary headliner, and my fellow Aquarian, Judith Stein! If nothing else, the Minneapolis crew knows three things really well:  how to look cute in the cold, how to wow an audience, and how to make a killer casserole. And I got to enjoy all of it!

A few of my personal favourites from the show were Gin Minsky, Cherry Typhoon, The Dolls of Doom, and Blanche DeBris, who stole my heart when she hosted at Burlesque Hall of Fame Weekend 2012, and kept it by doing a two minute version of The Sound of Music. The after party was made even more exciting by the surprise wedding of David Bishop to Vincent Van Gogo, officiated by Foxy Tann.

Following my early morning photo shoot, I had a lovely brunch with Elektra, Nikki, AJ and Curtis. Elektra and Nikki make perfectly fried eggs and very spicy potatoes – exactly the sustenance a girl needs to put on her eyelashes.

The rest of the day was spent preparing for the Friday night show, and I was lucky enough to take it in while doing some costume work. I had hoped to take a few classes – especially Cherry Typhoon’s Japanese fan dance class. But the day flew by and before I knew it, it was time to head out into the snow storm for another fun-filled show. But before arriving at the theatre, Curtis and I stopped in to my favourite spot for fish and chips, Anchor.

Friday night’s show was hosted by the stunning Mistress Victoria DeVille, whose every accessory I wanted to steal. How she manages to keep those incredible head pieces on is her greatest secret.

The show opened with Teddy Bare of the Dolls of Doom wowing the crowd with her slinky ways on the aerial hoop.  My other show favourites included Coco Dupree, golden-voiced Karen Vieno Paurus and Nicky Ninedoors. There were several major crowd pleasers like Lola Martinet, Foxy Tann, Mona Montague, and my hosts Elektra and Nikki.

The highlight of the show for me was Bazuka Joe, who drove off with everyone’s hearts and pants as Speed Racer. And, I think it goes without saying that The Lady Divine Miss Judith Stein hasn’t missed a beat and continues to bring down the house with each performance. Bazuka and Judith both made me swoon, Diary.

Saturday morning I was up early to teach my twirling workshop, which I’ve had the pleasure of teaching a few times in Minneapolis, Diary, but it never gets old seeing new students learn this classic trick. The lovely Queenie Von Curves, one of the other festival teachers, stayed for my class, which made things even more fun. Then it wasn’t long before it was time to get showgirl ready.

There were two Saturday night shows. I was in the 7pm show, which was hosted by Blanche DeBris (squeee!) with many other performers I greatly admire like Alotta Boutté, Burgundy Brixx, Lux LaCroix and Ophelia Flame. There were also several crowd pleasers like Lando Blaze and Narcissa, Queenie Von Curves, Switch the Boi Wonder, and Po’Chop. We couldn’t have asked for a better crowd and every performer in that show knocked the audience’s bras and socks off.

My fellow Chicago Starlet Rhonda Vous was in the 10pm show, and I’m so glad I got to see her perform; the crowd went crazy for her, and I was so proud. That show was hosted by Foxy Tann and included many favourites like Jonny Porkpie, Minnie Tonka, Kellita and Gina Louise. Judith Stein closed the show doing my very favourite number – the Barbara Streisand medley. She is incredible! Just between us, Diary, I caught this great backstage moment where Judith licked Gina’s leg. I don’t know why, but it was hot.

Before I knew it, Saturday night became very early Sunday morning and the entire cast surprised me by singing happy birthday in the green room, which was followed by a big kiss from Judith Stein. (I haven’t washed my lips since then, Diary.) It was the most heart-warming way to start the day.

I was sad that I couldn’t stay for the after party or Sunday’s snow bunny festivities, but Rhonda and I had to catch an early flight back to Chicago. I heard it was a blast, Diary, which is no surprise.  And missing those things made me cherish the rest of the festival all the more. Until I get up to Minneapolis next, Diary …