Electra Mourning recounts an unforgettable learning experience at the Austin Academy of Burlesque in August, where she attended Costuming Tips and Tricks with burlesque legend Bic Carrol.

I was extremely nervous about taking a costuming class with Bic Carrol.

His reputation as a two-time recipient of the Las Vegas Costumer of the Year award proceeds him, as well as his reputation for speaking his mind and making his opinions known. 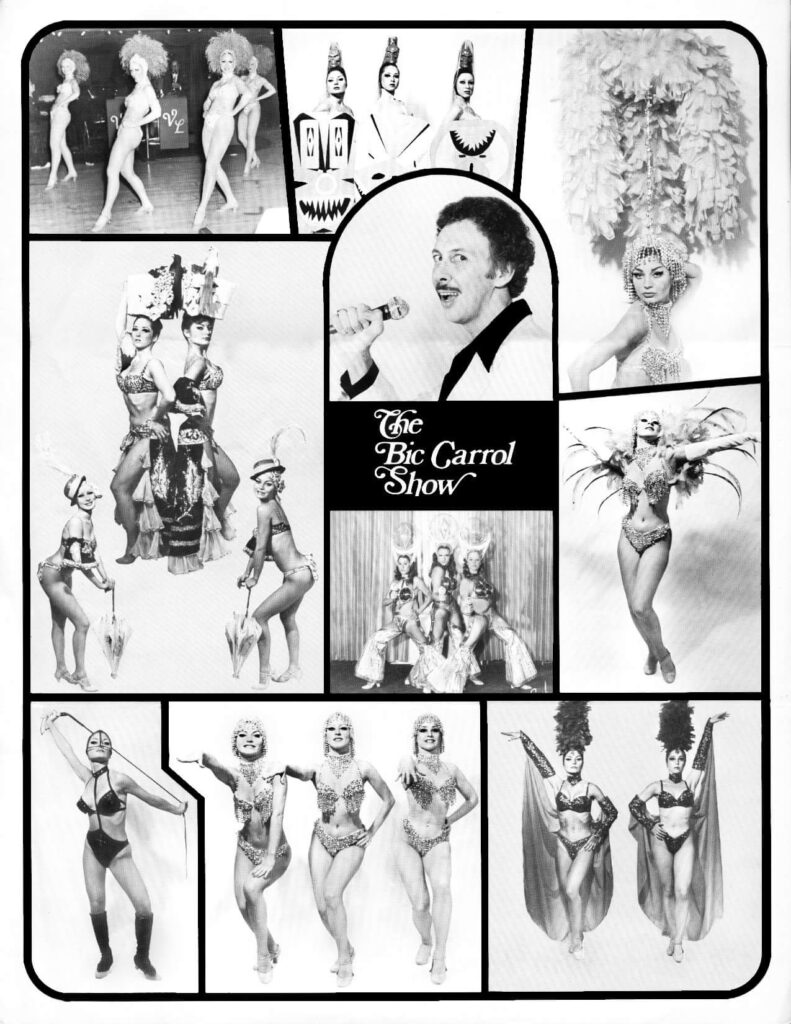 Calling my own sewing experience ‘novice’ is being generous.  Most of my self-made costumes are held together with an abundance of glue and a prayer.  I was nervous that he would somehow recognise my inferiority and call me out to the group as an imposter.

It is, however, my belief that you should never turn down an opportunity to learn from a Legend.

I had made just enough money to pay for the class by figure modelling the night before, so I reached out to Austin Academy of Burlesque Founder Coco Lectric, asking if there was space available and whether drop-in students were allowed.  When she replied that there was, and they were, off I went to get schooled!

Walking in to Inner Diva Studio on Saturday, August 27th, the atmosphere was electric.  There were several different classes in process, as Inner Diva Studios hosts a variety of Pole Fitness classes in addition to being the home of the Austin Academy of Burlesque.  A small crowd of local Burlesque performers were clearly anticipating the Costume Tips class.

Only one person in the room seemed totally at ease in this chaotic environment.  That was Bic Carrol.

Once the conversation got going, we talked easily about many things.  About the fact that this 1pm class seemed quite early to him.  About his time spent touring the Playboy circuit.  He revealed that the money wasn’t as prime as you might find elsewhere, but that you were hired for a three year contract up front, had the prestige of working for Playboy, and a chance to tour the world.  For him and most of the girls, that was a fair trade.

Once everyone signed in and sat down, class began.  My fears immediately abated.  This was no strict, by the book professor, out to convert the burlesque masses to his singular way of doing things.  He began by introducing himself with a short biography of his time in the industry, peppered with several personal glimpses of his history.

Mr Carrol began working in show business at the age of seventeen.  By eighteen, he was already producing, costuming, and choreographing a weekly review at the Follies Burlesque Theatre in Chicago, IL.  The budget for these costumes was incredibly tight, so this is when Bic really began experimenting with how to stretch a dollar in ways which still looked amazing on stage.  These skills went on to earn him not one, but TWO Las Vegas Costumer of the Year Awards, and his work has been seen in nearly every casino in Vegas!

My favorite story shared during Bic Carrol’s introduction was how he dealt with hecklers during the time he spent working at the Chez Noir, an all nude revue in Paris, when he was twenty-one.  His signature act was done with two live boa constrictors, which had been a gift from the great burlesque legend Zorita.  When an audience member got too rowdy, Mr Carrol simply handed them a snake!  He says that after that, he built a reputation and never had hecklers.

After telling us about himself, he got down to the business of teaching us that there is no ‘right’ way to costume.  Ultimately, he explained that it is a process of experimentation and a willingness to learn.

Now, that isn’t to say that Bic Carrol has no opinions on what’s best when it comes to the stage!

He shared several of these with us with his trademark sense of humour, along with the specific reasons behind those preferences.  Suddenly, it wasn’t simply a ‘No, that’s not right!’  It was ‘No, you don’t want to pull your glove off that way.  You’ll never get the stain out!’

One of the most fundamental points Mr Carrol returned to a number of times was that if your costume doesn’t make an impression on the audience’s first look, then it won’t make an impression at all.  He also stated very clearly that a costume is not a dress.  It is ‘a toga with darts.’  This simple idea formed my largest takeaway from Bic Carrol’s Costuming Tips and Tricks: a change in perspective.  Learning to treat the hardware store as valuable a resource as a fabric shop.  Learning to try using every part of an object for costuming, and how to make it all last.

In his class, I learned how to turn a wire hanger, a spool of thread and a bottle of bleach in to the most gorgeous showgirl headdress you could imagine.  I learned the secret of how to turn regular rhinestones in to Aurora Borealis.  He even taught us the secret to making any dye fluorescent!  The information Mr Carrol provided is the sort which takes a lifetime to accumulate, all being handed off to a new generation of performers and costumers.

But not without a price…

No. Mr Carrol stated on multiple occasions throughout the class that he wanted to see what we do with our new knowledge!

He encouraged us to ask questions and even to share projects with him via email.  It seemed as though, from his perspective, he had invested in us.  He seemed to sincerely want to see a return on this investment.  On a personal level, that was the most valuable thing I gained from taking this workshop, and well worth any financial output.

It would have been very easy to stay and talk with Bic Carrol for hours about his experiences, listening to his suggestions and his stories.  Alas, it was time for his next class!

I have already put some of his tips and tricks to use (one involves AquaNet hairspray and my makeup mirror!).  I look forward to our paths crossing again, and can’t wait to send along questions once I begin making my own G-strings.  If you have an opportunity to learn from Mr Carrol, or any of our Living Legends: don’t bother doubting yourself.